Check our FAQ, Click the support link or Grab a How to Doc.

What does KTG do? 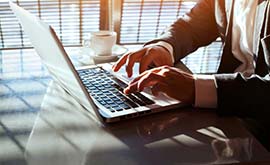 KTG is a unique organization, comprised of technology visionaries who customize and implement strategies for bridging the Information, Communications and Technology gap in urban communities. KTG Core Services are IT Consulting, Telecommunication Services, and IT Training.

How much do your services cost?

KTG always works to provide the most innovated and affordable solutions for our partners. We are vendor agnostic brokers, so we have the power to find the best deals from any carrier nation wide. With that being said, pricing depends on the services you are requesting. Some services are based on total number of users and device count while others require more detailed information and are based on project scope and budget.

How long does it take to receive a proposal? 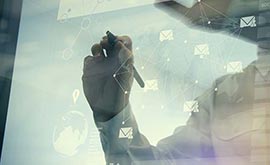 In some cases we can turn around a proposal within a 24 hour period, other cases the proposal process is a bit longer, requiring a more intimate process, which includes meetings, walk throughs and partner interviews, all so we can gain a true understanding of the partners pain points and needs to develop a solid solution. 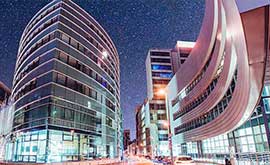 The KTG Methodology is the product of years of experience working with partners to assist them in realizing the full potential of their technology investments. Our methodology focuses on maximizing the value of technology solutions in your organization.

Check out our How tos, marketing materials and other documentation about KTG for your convenience.

You can submit a request for services, a quote, a demo or any question or concern here.

The Future Of Online And Mobile Banking

KTG > All  > Innovation  > The Future Of Online And Mobile Banking

The Future Of Online And Mobile Banking

by ktgtech
in Innovation, Mobile
Comments

Retail banking has undergone a high-tech makeover over the past few years. Typically slow to react to technological change, retail banks are finally recognizing the benefits it provides to consumers as well as the cost savings it gives the firm. One of banking’s initial forays into technology was the introduction of the now ubiquitous automatic teller machine, or ATM, as an alternative to human bank tellers. Today, ATMs can handle all sorts of common banking transactions in addition to cash withdrawals, such as accepting deposits, transferring balances or paying bills. With the advent of mobile devices and the popularity of the app economy, these financial institutions are now transitioning to mobile banking. (See also: Top Mobile Banking Dangers And How To Avoid Them)

The State of Retail Banking in 2015 and Beyond

Retail banks have seen a steady growth in domestic deposits, yet the opening of new branches has plateaued in recent years. According to the Federal Deposit Insurance Corporation (FDIC),  gross deposits at U.S. banks rose from $3.4 trillion in 2000 to $8.9 trillion in 2013, a compound average growth rate of 7.61 percent. At the same time, the number of physical bank branches has remained fairly stable at around 82,000 – 83,000 since 2008.

The demand for retail banking services is clearly rising while brick-and-mortar bank locations are staying level, indicating that customers are using online and mobile banking services with greater frequency. Customers at physical banks are becoming dissatisfied with standing in long lines, waiting for feedback and poor customer service. As more people choose to bank at home or on the go, retail branches will likely shut down, and the number of physical locations will begin to steadily decline. JP Morgan Chase (JPM) recently announced it will close over 300 branch locations since a growing number of customers prefer mobile banking.

Presently, most banks have an online banking website as well as a mobile app. These generally free apps can be downloaded onto most mobile devices and handle most of the basic transactions that a teller or ATM carries out. Customers can check account balances, transfer funds between accounts, pay bills, find nearby branches or ATMs and send money electronically. Banking apps can also provide bill pay reminders or send alerts when account balances get too low. Most apps now feature automatic check depositing whereby the depositor photographs the front and back of the check with a phone or tablet and uploads it to the app for processing. Some banks limits mobile deposit amounts to $500 or $2,500 per day and $1000 or $10,000 a month; however, as this function gains acceptance those limits are sure to rise. (See also: Mobile Money: Using Your Cell Phone To Transfer Funds)

According to Bank Of America’s (BAC) Trends in Consumer Mobility Report for 2014, 81 percent of Americans use their mobile banking app to check balances, 49 percent to transfer funds, 48 percent to pay bills, 38 percent  to make check deposits, 33 percent to receive alerts and 17 percent to find a local branch or ATM. As more millennials become banking customers, these statistics are likely to increase across the board.

The Future of Mobile Banking

Without physical locations, however, many consumers in the digital age are feeling more comfortable trusting their banking services to non-traditional companies. For example, in a 2014 report by the consulting firm Accenture, 25 percent of respondents said they would use mobile making services from the following companies: Amazon (AMZN), Google (GOOG) , Apple (AAPL), PayPal (EBAY) and Square. According to industry research group CEB Tower, investment in the mobile banking space will grow by over 14.5 percent a year on average, with an estimated $2.9 billion of capital investment by the year 2017.

ApplePay and Google Wallet have already been rolled out to consumers to test this new area of non-banks leveraging their technology to deliver banking services. These services pose not only a threat to traditional banks, but to payment processors and networks, including Visa (V) and Mastercard (MC), as well. For example Venmo, Square and PayPal allow individuals to accept and pay with credit cards directly with each other. For today’s mobile banking customers, security is a major concern and they trust technology companies with their digital data more so than traditional banks. (For more, see: Apple Pay vs Google Wallet: How They Work)

Decentralized digital currencies—Bitcoin being the most prominent—another newcomer to the global financial scene. Mobile apps allow holders of these cryptocurrencies to perform transactions with real-world merchants and send payments back and forth between individuals. These systems, while perhaps poorly understood by the public now, may prove to be the true future of mobile banking. Bitcoin transactions are incredibly cheap, incurring only a fraction of traditional credit card or PayPal fees. They are also secure: the bitcoin network itself is virtually un-hackable, and any hacking or theft has occurred due to either malfeasance or a lack of cybersecurity at the merchant side. These are the same vulnerabilities exposed when banking sites are hacked, identities are stolen or companies, such as Target (TGT) or Home Depot (HD), are breached. (See also: The Six Biggest Misconceptions About Bitcoin)

The future of retail banking will be dominated by technology and mobile computing. Physical bank branches are already closing even as the demand for banking services steadily increases. Banks offer online banking and mobile apps that can do most banking functions, including check deposits and fund transfers. Technology companies have also entered the space and are leveraging their high-tech capabilities of innovation and data security to compete with traditional financial companies. Digital currencies and payment networks like Bitcoin may prove to be the true future of mobile banking as the underlying technology gains traction and mass acceptance.

This website uses cookies to improve your experience while you navigate through the website. Out of these, the cookies that are categorized as necessary are stored on your browser as they are essential for the working of basic functionalities of the website. We also use third-party cookies that help us analyze and understand how you use this website. These cookies will be stored in your browser only with your consent. You also have the option to opt-out of these cookies. But opting out of some of these cookies may affect your browsing experience.
Necessary Always Enabled
Necessary cookies are absolutely essential for the website to function properly. This category only includes cookies that ensures basic functionalities and security features of the website. These cookies do not store any personal information.
Non-necessary
Any cookies that may not be particularly necessary for the website to function and is used specifically to collect user personal data via analytics, ads, other embedded contents are termed as non-necessary cookies. It is mandatory to procure user consent prior to running these cookies on your website.
SAVE & ACCEPT